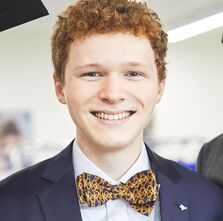 Georgiy Kent
Georgiy is a sophomore in Winthrop house studying Social Studies and Slavic Languages and Literature.  When he isn't plugging the pops orchestra in every conversation he has with other people, he is avidly annoying all river house residents by ringing the Lowell Bells on Sunday.  He is interested in Ukraininan and post soviet issues, and will somehow tie random concepts and ideas to the region.  He likes Boston sports teams, but he can't forgive the Red Sox for trading Mookie Betts.  What a dumb decision! They have the money to pay him. He is a generational player.  A true loss for the city of Boston. 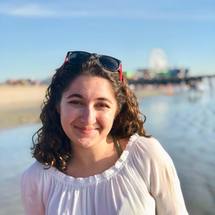 Elida Kocharian
Elida is a junior in Adams studying Earth & Planetary Sciences with a secondary in Global Health & Health Policy. She and her stand partner-in-crime Max are going for perfect attendence this year and NOBODY can stop them so don’t even try, #basssectionbestsection. You can find her postering at 8am in the yard, sacrificing her futon for the greater good of Pops movie night, or quietly jamming to Beethoven overtures. ​

Mauranda Men
Mauranda is a senior in Adams originally from NJ (both geographical gems), concentrating in physics. When not wrangling printers or folders full of music, she can be found in her natural state: ducking between various labs and practice rooms. She also enjoys rereading Hitchhiker's Guide, figure skating, watching actual figure skaters, critiquing poetry, and generally trying her best not to live life like anyone in Infinite Jest.

Michael Chen
Michael is a senior in Adams House with a concentration in applied mathematics and biology. He hails from Hawaii and plays the clarinet with Pops. Outside of the orchestra, he can be found playing tennis or hunting down the best acai bowl.
​ 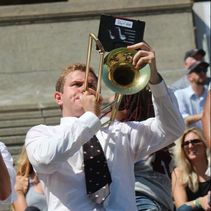 Dory Li
Dory is a junior in Currier House and clarinetist in the Pops. As she runs around campus with music and folders, she can often be heard comparing Boston's weather to the sunshine of her home state of North Carolina. You'll find her identifying trees, taking naps, obsessing over fresh fruit, or sipping a caramel latte at Peet's Capital One. Occasionally, she also studies Economics and Mind, Brain, Behavior. ​

Natalie Tan
Natalie is a junior in Adams from Long Island, NY, and is studying Chemistry with a secondary in Molecular and Cellular Biology. She’s a second violinist—cuz second is the best, of course—and loves everything Pops! In her free (haha) time, Natalie figure skates, coaches figure skating, and obsesses over peanut butter. 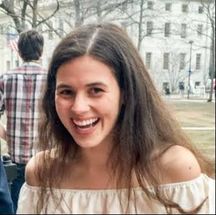 Sarah Rodriguez
Sarah is a junior in Adams House from Rhinebeck, New York (Hudson Valley anyone?). When asked, she enjoys informing people that populated land between New York City and Canada indeed exists, and is both beautiful and worth visiting. Aside from talking up her hometown, Sarah enjoys playing in Pops and hanging out with fellow Popsies. She is proud to be a member of the most fun and flute-filled section (certainly not a coincidence. Asher can attest.).  In her Pops-free time, Sarah can often be found wandering around new areas in Cambridge, working on her liberal arts degree, and helping out with PBHA.

Georgiy Kent
Georgiy is a sophmore living in Winthrop house. Can't say that he has one hometown, due to living in Ukraine, Thailand, and the U.S., however he is a diehard Red Sox fan. Georgiy loves playing in the pops and having a good time playing fun music.  When not playing the violin, postering, or sending pub emails, Georgiy likes to spend time at the pool with club swim, ice skate, or watch baseball and hockey.  Georgiy is planning on studying Social Studies and Slavic Studies.

Madeleine Tolk
Madeleine Tolk  hails from the beautiful mountains of Bountiful, Utah. She currently resides in Currier House and is concentrating in English with a secondary in Psychology. When she's not playing violin in Pops, Maddie enjoys re-reading the Harry Potter series, singing along to Broadway soundtracks, procrastinating readings by looking-up funny YouTube videos, watching Jane Austen adaptations/period dramas, and eating anything with caramel. She looks forward to another year in Pops!

Alexander Ren
Alex is a senior in Eliot House studying Neuroscience. He comes from Millburn, New Jersey, where the local deli sandwiches are more famous than any of the town's residents. When he is not anxiously preparing for Pops' last-minute dance routines in the basement of Lowell Lecture Hall, Alex is probably fumbling around a lab, air-balling layups, or consuming excessive amounts of caffeine. 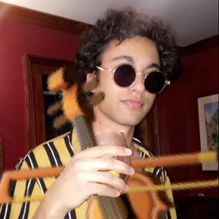 Max Gillmer
Max is a sophomore in Eliot house from Spokane, Washington and is studying African American Studies. Max has been in love with Pops since his online audition and has since been trying to get Pops to play Bartok Divertimento for String (PLEASE!!!!). In his spare time, Max likes to read and hopes to be a writer one day. He has two pugs and loves them dearly.

Isabella Colocci
Isa is a senior in Dunster House studying Integrative Biology. Since she is unable to think of anything but Pops, she is planning a secondary in Music. Isa was born and raised in London, and has yet to stop using English music terminology. "Crotchets" and "hemidemisemiquavers" will now be enforced on the orchestra as part of the British Takeover. When she is not playing the bassoon, Isa plays the recorder, ultimate frisbee and leads with FOP and the Outing Club. 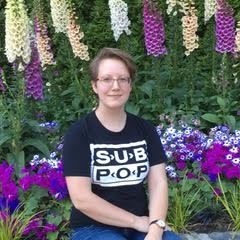 Leah Marsh
Leah is a senior living in Quincy House. She studies Molecular and Cellular Biology with a secondary in procrastination (and also English). She enjoys playing violin with Pops, spending too much money at Starbucks, and meeting new cats. As Pops Financial Officer, she manages Pops’s money carefully and responsibly; as Pops Program Manager, she spends way too much of Pops’s money on printing fancy colorful programs. 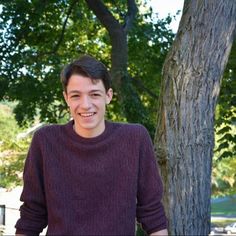 Asher Spector
Asher is a sophomore flutist originally from Westchester, New York (where the X-Men are based) who currently lives in Matthews and will live in Leverett next year.  In addition to playing for pops, Asher also plays chamber music with his siblings, and he does a variety of matthy things (he's probably concentrating in Statistics) and public-policy-related things (he's a member of the debate team and the political consulting group) at Harvard. His other hobbies include reading high fantasy books, watching superhero animated films, and playing competitive ping pong.

Laura Jenny
Laura is a junior in Cabot House, originally from Leominster, MA.  She’s concentrating Integrative Biology. Laura enjoys playing violin with Pops, watching The Office, eating delicious food, and expressing herself artistically. When not having fun with Pops and friends, she does research, goes for bike rides along the Charles and plays volleyball.